‘The Future of Computing’ to be explored in seminar 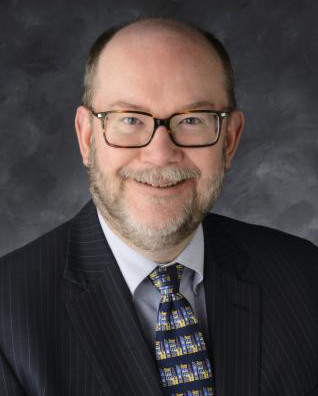 Learn about the future of computing and its scientific, technical and social effects on a global society at a lecture on the Missouri University of Science and Technology campus this month.

Dr. Daniel A. Reed, a 1978 Missouri S&T computer science graduate and vice president for research and economic development at the University of Iowa, will present the lecture as part of the computer science department’s 50th anniversary Distinguished Seminar Series. The lecture, titled “The Future of Computing,” will be presented at 2 p.m. Thursday, Oct. 13 in Room 104 Centennial Hall on the Missouri S&T campus. The event is free and open to the public. 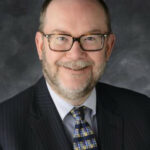 Reed is also a member of Missouri S&T’s Academy of Computer Science and a 2015 recipient of the Alumni Achievement Award.

“In science and engineering, a tsunami of new experimental and computational data, and a suite of increasingly ubiquitous sensors pose vexing problems,” Reed says. These include astronomy and high-energy physics, neuroscience, and environment science.

Reed is the University Chair in computational science and bioinformatics and professor of computer science, electrical and computer engineering and medicine, at the University of Iowa. He currently serves as chair of the Department of Energy’s Advanced Scientific Computing Advisory Committee, and he has served as a member of the U.S. President’s Council of Advisors on Science and Technology (PCAST).

Previously, Reed was Microsoft’s corporate vice president for technology policy and extreme computing. He helped shape Microsoft’s long-term vision for technology innovations in cloud computing and the company’s associated policy engagement with governments and institu¬tions around the world. Before joining Microsoft, he was the Chancellor’s Eminent Professor at the University of North Carolina at Chapel Hill, as well as the founding director of the Renaissance Computing Institute (RENCI) and the Chancellor’s Senior Advisor for Strategy and Innovation for UNC Chapel Hill.

Before that, he was Gutgsell Professor and head of the department of computer science at the University of Illinois at Urbana-Champaign and director of the National Center for Supercomputing Applications. Reed earned master’s and Ph.D. degrees in computer science from Purdue University in 1980 and 1983, respectively.