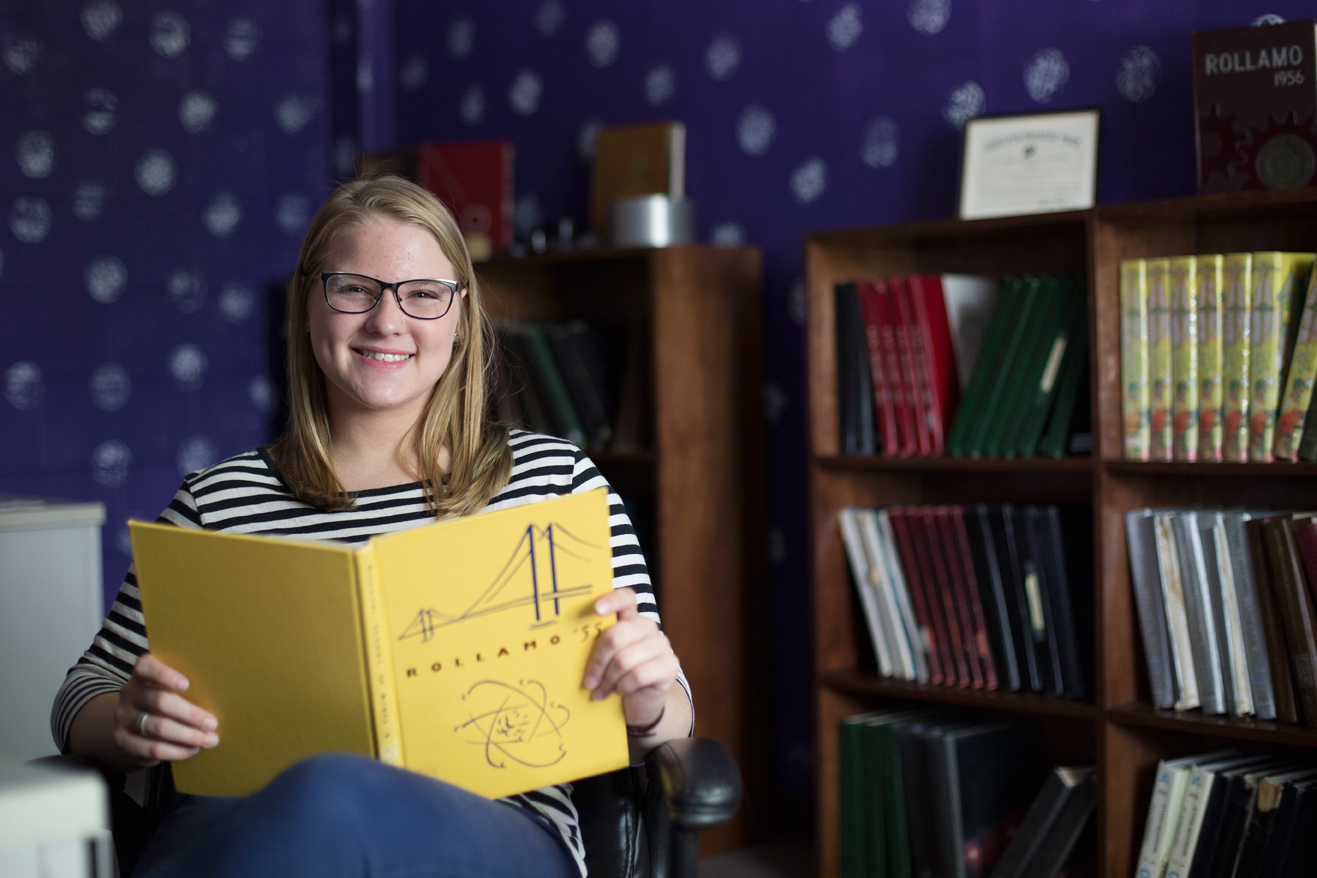 As a child, Tegan Brand would often make the trek through the rolling Ozark hills to visit the banks of the Meremac River as it flowed through her grandparents’ farm in Steelville, Missouri.

“This stark contrast of wilderness to my otherwise suburban life was what encouraged my love for the natural sciences,” says Brand, who grew up in Watauga, Texas, a suburb of Fort Worth.

A varsity diver and editor-in-chief of her high school’s yearbook, Brand considered herself an average student – who took advanced and AP courses. But it was those yearbook and swimming experiences that she credits with giving her the tools and confidence she needed to have before setting off for college 600 miles away from home.

“Missouri S&T is the place like no other,” she says. “The campus is small and the sense of community is incredible. Not only do you learn valuable material that you will need on the job, but this school also provides you with the resources and connections that will give you a great boost when starting a career.”

Missouri S&T isn’t just about the classes you take and the education, but it’s about the people you meet while doing so.

As a third-generation Miner, Brand was very familiar with the Missouri S&T campus and its graduates. When she discovered it was also one of the few schools that offered degrees in geology and geophysics, the choice was “a no brainer.”

“I love being surrounded by peers who share my same interest in science,” she says. “The atmosphere of Missouri S&T stands out above all others. I can’t walk through campus without seeing my friends, and most likely they’re in one of my classes. It makes studying and doing homework really easy to stay on top of.”

Combining academics with extracurricular activities comes naturally to Brand, who expresses her more artistic side through her role as editor-in-chief of the Rollamo yearbook and a disc jockey at KMNR Free Format College Radio. She’s also a financial aid peer counselor, plays intramurals and is part of the C.L. Dake Geological Honor Society and the General Delegation of Independents.

“Missouri S&T isn’t just about the classes you take and the education, but it’s about the people you meet while doing so,” she says. “Instead of being the one smart kid in class, you’re surrounded by peers that are just as smart as you are. The students here have the potential to do great things in the real world, and the life-long connections made while in school are priceless.”

On July 5, 2016. Posted in College of Arts, Sciences, and Business, Geological Sciences and Engineering, People

One thought on “Rocking the Rollamo”