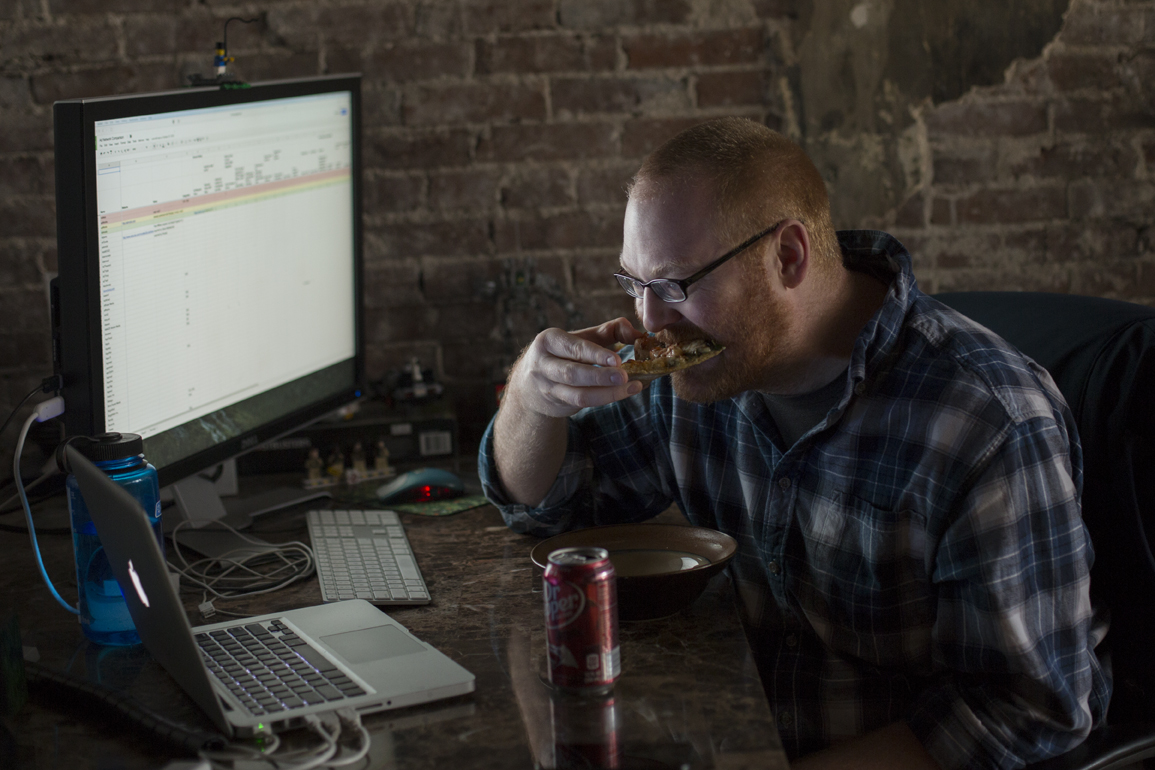 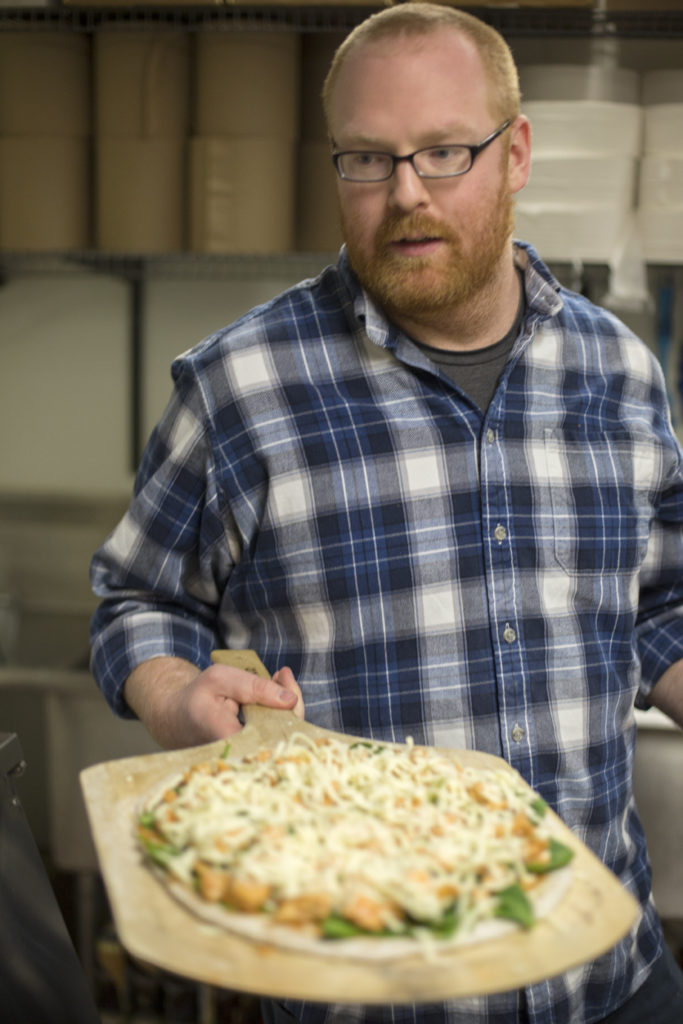 Alumnus Jon Leek puts a pizza pie into an oven at Orbit Pinball Lounge. His company, Pulse Pizza serves pizzas made with spent beer grains out of the Maplewood, Missouri, bar on Monday and Thursday nights.

Beer and pizza have always been a popular late night pairing, but what about beer in pizza? Leave it to a Missouri S&T graduate to start a pizza business that uses spent grains from breweries in preparing its dough.

During the brewing process, malted grains are cracked and mashed to extract sugars, proteins, and nutrients for the beer. The leftover grains are called “spent” grains, and can constitute up to 85 percent of a brewery’s total by-product. Often, breweries donate their spent grains to local farmers to use as livestock feed. But they can also be used to enrich the flavor of baked goods such as cookies, doughnuts and — you guessed it — pizza.

Jon Leek’s Pulse Pizza uses spent grains, yeast and three types of flour, including barley flour, to make its pizza dough. The spent grains can be spotted speckled about the dough once it is prepared and shaped into a nice, round ball and before it is pressed, prepared with toppings and baked. The spent grains and barley flour bring a subtle, slight sweetness to the finished pizza’s crispy, baked bronze dough.

The St. Louis-based pizza company gets its spent grains from a number of area breweries, and the dough they make differs depending on the type of grains used.

“The darker, heavier beer makes a darker, heavier crust,” he says. “The weirdest dough we’ve made was using a rosemary and juniper pale ale. You could taste the herbs in the crust.”

Leek, who earned a bachelor of science degree in psychology from Missouri S&T in 2009, came up with the idea to make “beer pizza” over drinks with friends at an annual gathering they call Beers-giving.

“The rule for Beers-giving is when you come, you have to bring a beer-infused dish, and whatever beer you don’t use to make the dish,” he says. Leek and his two roommates “were trying to think of different things we could do for Beers-giving. I was like, ‘Let’s do beer pizza. Spent grains are a thing. Beer bread is a thing. Let’s make a beer bread-style crust.’ So we did that, and it turned out phenomenally. 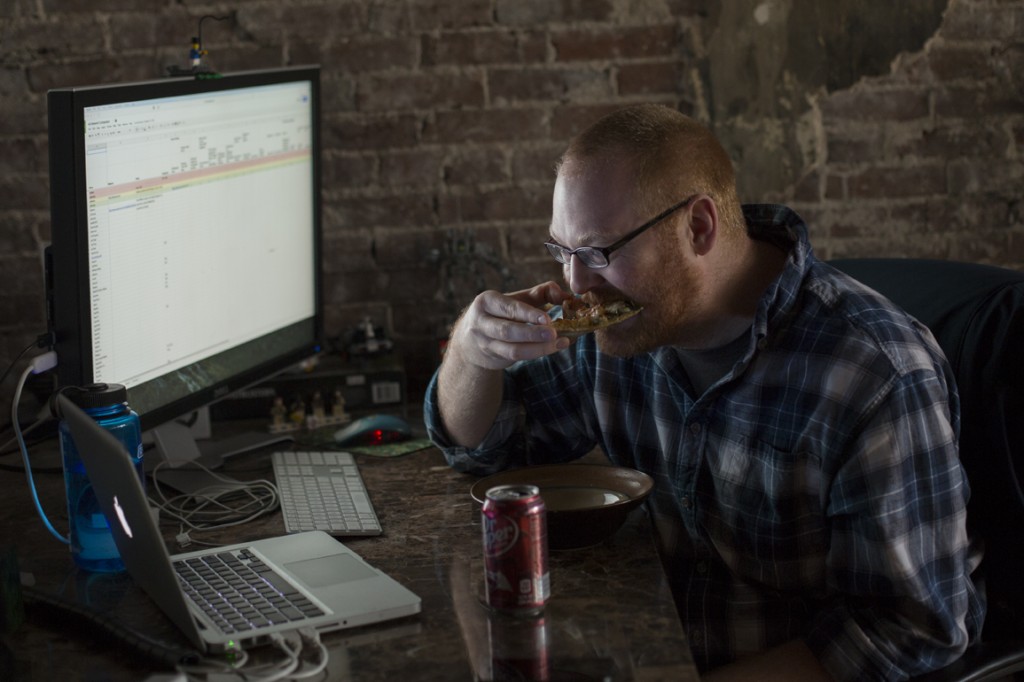 The beer pizza was such a hit among their friends that Leek and his roommates formed an LLC and called it Pulse Pizza. Leek also has a full-time day job as a technical success analyst at Gainsight: Customer Success Software. He credits his studies in psychology at S&T, where he conducted research focused on influence and group behavior — “what makes stuff addictive” — with the success of Pulse. “If you want to get customers, you have to stand out, you have to do something different,” he says.

Pulse almost immediately started catering parties and events, and soon struck a deal with Orbit Pinball Lounge in Maplewood, Missouri, to serve pizzas out of its kitchen every Thursday night. The company soon expanded and now serves pizzas from 6 p.m., to close every Monday and Thursday at Orbit. Leek and his partners eventually want to get a small storefront somewhere in St. Louis where they can operate a delivery and take-out-only restaurant. “We’re talking to investors and working on our business plan,” he says.

The pizzas that Leek and his partners make are almost as unique as the dough they prepare them on. They’ve made everything from a jalapeno popper pizza to a baked potato pizza. Perhaps their most interesting pizza is inspired by the made-up holiday that gave birth to the company. The Beers-giving pizza, which is offered every November, uses gravy instead of sauce, and is topped with beer-brined turkey, beer-steamed green beans, beer-candied sweet potatoes, dried cranberries and Gruyere cheese.

Leek and his partners are always open to new pizza ideas, and even take suggestions from customers.

“Sometimes it’s from interacting with customers, and just kind of talking about it, especially after we make them something that’s really bizarre,” Leek says. “They’re like, ‘This is really weird. I’ve never had this.’ And we start talking about weird stuff to put on pizza. Then someone says, ‘What about Brussels sprouts?’ And we’re like, ‘OK, we could do a Brussels sprout pizza.’” 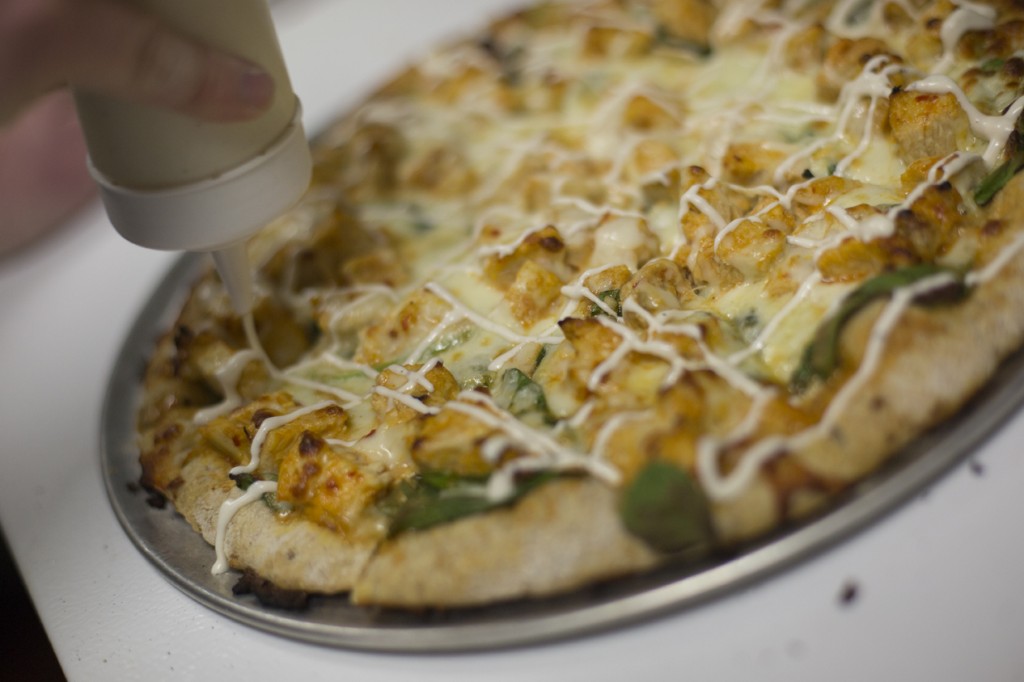 On the menu every week at Orbit are cheese pizza, pepperoni pizza, a Buffalo chicken pizza, a meat lovers pizza, a vegetarian option, and two or three of these more “adventurous” options.

“It’s about having fun and doing something interesting,” says Leek. “Making pizza that we really like and interacting with people.”