Visitors invited to view Jupiter and Mars at S&T Observatory 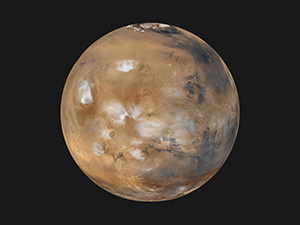 The Missouri University of Science and Technology Observatory will open its doors before dawn this weekend for visitors to view the conjunction of Jupiter and Mars through its 16-inch telescope.

The viewing will be held at 5 a.m. Sunday, Oct. 18. The sky must be clear for observing and session length will vary.

A conjunction between astronomical objects implies an apparent close approach between them to an observer. However, the phenomenon of conjunction is caused only by perspective. Due to this phenomenon, Jupiter and Mars will appear closest to the viewers at S&T at 5 a.m., around the time both objects rise in the sky and before the sun obstructs the view.

Jupiter is the fifth planet from the sun and the largest in the solar system. Jupiter is a gas giant with a mass one-thousandth that of the sun. It is, on average, the third brightest object in the night sky behind the Moon and Venus.

Mars is the fourth planet from the sun and the second smallest planet in the solar system, behind Mercury. Named after the Roman god of war, it is sometimes referred to as the “Red Planet.”

The observatory will host a viewing of the Pleiades on Monday, Nov. 9. All viewings are subject to weather conditions.

On October 12, 2015. Posted in Department of Physics, Events, Featured