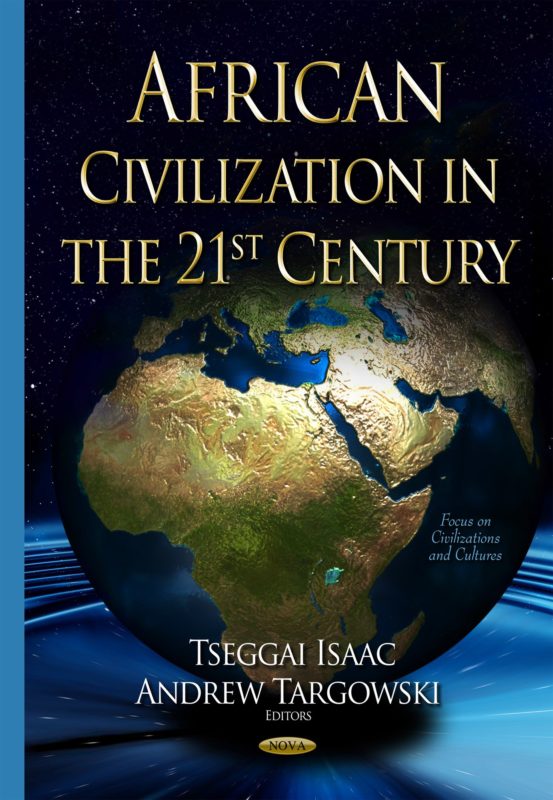 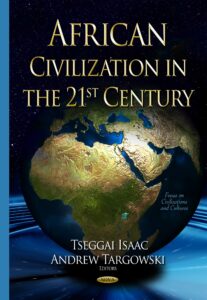 The key to the modernization of Africa is an African renaissance, says Dr. Tseggai Isaac, associate professor of history and political science at Missouri University of Science and Technology. Isaac has recently co-authored and edited a collection of essays on the topic.

The book, African Civilization in the 21st Century was published by Nova Science Publishers. In it, Isaac and his collaborators examine African civilization, analyze the formidable roadblocks to its modernization and provide suggestions for African rejuvenation.

The essays study the crippling effect of successive domination of Africa, first by the Arab invasion and subsequent Islamization of Egypt and North Africa, Isaac says.

“Islam began the practice of African slavery and Europe combined slave trade colonization to inflict crippling blows on Africa,” he says. “The effects of slavery and colonialism devastated African societies until slavery was outlawed in the 19th century and colonialism ended in the 1960s. Post-colonial Africa was liberated in the 1960s, but homegrown dictatorship by African tyrants aborted any hope that Africans anticipated on the eve of Africa’s liberation. As a result, there is overreaching political, economic, social, and diplomatic paralysis of Africa.

“Africa didn’t get the opportunity to blossom because of the impacts from slavery, colonialism, and predatory dictatorship by African heads of states over the long-suffering African peoples,” says Isaac. “Only democratization, education and good governance will resurrect Africa.”

Isaac says that for progress and modernization to occur in Africa, Africans must be enthusiastic about their sacred civilizations and rely on their cultural heritages to embrace and promote African democracy.

From the collection of essays, Isaac says readers will get more than a discussion of African problems. “Readers will get a look at Africa as a source of great civilizations and the birthplace of mankind,” he says. Isaac authored four chapters in the book. They are:

— “The Civilization Approach to Analytical Orthodoxy: Solution for or Conveyer of Political Decay to Africa’s Post-Colonial Struggles in the 21st Century?”

— “Making the Case for Ethiopian Civilization”

— “Language and Education in African Civilization in the 21st Century.”

Isaac’s other works include book chapters and peer reviewed articles on faith and culture in the Middle East and terrorism in the horn of Africa.  He has recently submitted a manuscript titled “Third World Politics: A Journey from Hope to Despair” to the African World press on the politics of Third World studies.

On April 23, 2015. Posted in Arts & Humanities, College of Arts, Sciences, and Business, Department of History and Political Science, Featured, Research