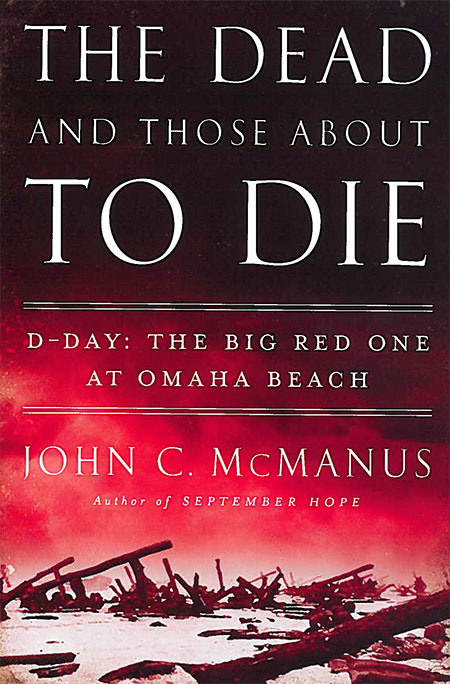 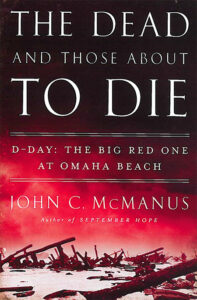 Despite prolific historical documentation of D-Day, there are still questions that remain unanswered 70 years later, says Dr. John C. McManus, a military historian at Missouri University of Science and Technology. His latest book takes a fresh look at Omaha Beach through the eyes of the 1st Infantry Division, known as the Big Red One, and brings new perspective to the battle that began America’s rise as a superpower.

The Dead and Those About to Die — D-Day: The Big Red One at Omaha Beach, published by NAL Caliber, will be released April 29. On June 6, McManus will deliver the keynote address at a conference held at the National World War II Museum in New Orleans and then take part in a panel discussion with D-Day experts.

“I have come to believe that Omaha Beach is better known than it is understood,” McManus says. “The battle for Omaha was such a vast, complicated, multilayered saga, that it is still possible to gain new insights about it. If we look at the experiences of the 1st Division, we can begin to understand the larger picture and what it all means 70 years out.”

McManus says the book answers many of the questions that still surround D-Day, including why the 1st Division succeeded despite such terrible circumstances, the number of German soldiers opposing the invaders, the real cost in casualties, the identity of key personalities who made major contributions to the American victory, and the larger meaning of Omaha Beach to the invasion and how subsequent post-war history has unfolded until now.

In his research, McManus drew upon every relevant contemporary and post-war source he could find, including after-action reports, combat interviews, historical narratives, letters, diaries, photographs, personal interviews, diagrams and books, and his personal battlefield surveys, among others.

McManus has been studying Omaha Beach, the site of the worst of the American battles on D-Day, for 20 years. A decade ago, he published his first book on D-Day – “The Americans at D-Day: The American Experience at the Normandy Invasion.” Published in 2004, that book just scratched the surface, he says.

“What struck me about it is that there was still more to know and that amazed me,” he says.

D-Day was a heavily documented event, but most of the reports focus on other groups. Army combat historians recorded 372 pages of interviews and reports on the 29th Infantry Division, immortalized in Steven Spielberg’s film “Saving Private Ryan.” More than 300 pages were recorded about the U.S. Army Rangers, but only 83 pages focus on the 1st Division.

In his research, McManus found that the soldiers of the Big Red One probably had it even worse than movies on the subject depict.

“It’s hard to portray in films how bad it was,” McManus says. “Imagine a 160-pound guy carrying 90 pounds of gear. He’s wet, he’s scared and he’s terribly seasick. He’s been in a landing craft for hours bobbing around in the ocean.”

The soldiers were wearing special uniforms called “skunk suits” that were designed to protect them from chemical weapons. “They were heavy, itchy and smelly,” McManus says.

When they finally exited the landing craft, the soldiers were in the wrong place. The wind and the tide had pushed them farther down the beach than expected. They had to cross 400 yards of slippery, rocky beach at low tide – exposed to gun fire – and most accounts list a higher number of soldiers killed or missing than those wounded.

At the height of the battle, when disaster seemed like a real possibility, Col. George Taylor, commander of the division’s lead assault regiment on D-Day, risked death to walk along the beach and motivate his soldiers to continue the fight. His words were the inspiration for the title of McManus’ book.

“Only two kinds of people are going to be on this beach,” Taylor said, “the dead and those who are going to die. Now get moving!”

McManus joined the Missouri S&T faculty in 2000. Considered one of the nation’s leading experts on the history of Americans in combat, he has written 11 books on military history.

A member of the editorial advisory board at World War II magazine and Global War Studies, McManus received the 2012 Missouri Governor’s Award for Excellence in Teaching and was named the 2012 Research Fellow by the First Division Museum at Cantigny Park. In 2007, he was named to History News Network’s list of Top Young Historians in 2007 and in 2008 he received the Missouri Conference on History Book Award for “Alamo in the Ardennes: The Untold Story of the American Soldiers Who Made the Defense of Bastogne Possible.”

McManus will spend his summer writing his next book, “Hell Before Their Very Eyes: The Story of American Soldiers Who Liberated Concentration Camps, 1945,” for the Johns Hopkins University Press Eyewitness to History Series. The book is about the liberation of three concentration camps and the experiences of the American soldiers who were involved.

“The Dead and Those About to Die” is available from Amazon.com or from NAL Caliber. More information on McManus is available at johncmcmanus.com.