S&T students show how high they can count pi 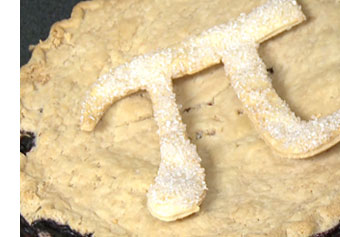 March 14 (or 3.14) is Pi Day, an unofficial holiday celebrated by math lovers everywhere. 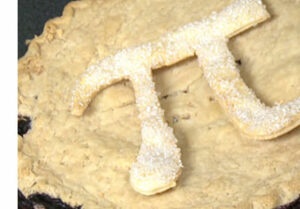 March 14 (or 3.14) is Pi Day, an unofficial holiday celebrated by math lovers everywhere.

Missouri University of Science and Technology student David Copeland knows his pi – all the way to 791 decimal places. And that knowledge recently landed him some tasty rewards.

Copeland, a senior computer science major at Missouri S&T from Creve Coeur, Mo., recited 791 decimal numbers of pi as part of Missouri S&T’s Pi Day contest. For his effort, he received a Raspberry Pi – a pocket-sized computer – courtesy of the Missouri S&T Bookstore, as well as gift certificates for dessert from A Slice of Pie, pizza from Chartwells Food Service at Missouri S&T, and pizza from the Rolla Papa John’s and Domino’s restaurants.

Pi represents the ratio of a circle’s circumference to its diameter. Copeland’s recitation of 791 digits of pi earned him first place in the competition.

Pi Day is an unofficial holiday that celebrates the number. It is held every March 14 because the first three digits of pi (3.14) correspond to the date’s month/day format (3.14).

Pi is irrational number, which means that it cannot be represented as a simple fraction and its decimal representation never ends or repeats.

A love of numbers

“I’ve always liked numbers,” Copeland says, “and I’ve always had a good way of visualizing number values.” He started memorizing pi “about a year and a half ago” after learning that a friend had memorized 180 digits of the number.

“I thought I could do better,” he says. “I looked up 1,000 digits and began practicing the digits on my half-mile walk to class every day.”

Previously, Copeland has recited 1,000 digits of pi. “I don’t plan to continue learning more,” he says. “It’s not that I couldn’t learn more, it would just be at the expense of life experiences and more important things.”

Copeland hasn’t yet determined how he’ll use his Raspberry Pi. “Maybe I’ll keep it as a trophy,” he says. “It’s more likely that I’ll make it into a media server.”

A video about the Pi Day competition is available online and is featured in the March newsletter of Missouri S&T Chancellor Cheryl B. Schrader.

Copeland was not the only Missouri S&T student to participate, and to recite pi into the triple digits. Other participants in Missouri S&T’s Pi Day competition were:

All participants received gift certificates for pizza, dessert or both.

On March 14, 2014. Posted in Department of Mathematics and Statistics, Featured, Student Life