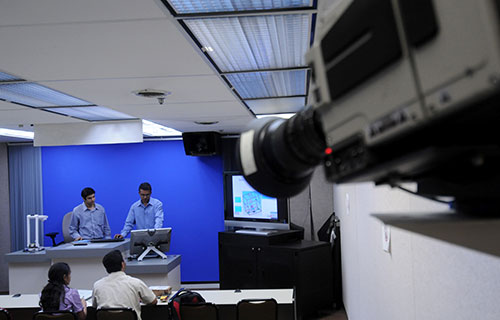 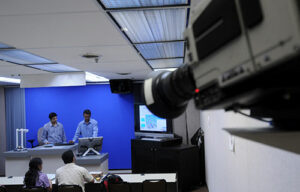 Approximately 20 percent of the support for instructional lab upgrades will be used to improve remote access for distance students.

Eleven proposals to upgrade instructional laboratories at Missouri University of Science and Technology will receive funding, thanks to a combination of one-time state funding matched by charitable contributions and other non-appropriated funds, and a commitment by Missouri S&T Chancellor Cheryl B. Schrader to provide additional support for the projects.

Last fall, Schrader announced in her State of the University Address that Missouri S&T had received $500,000 in one-time state funds to improve instructional labs. The funds were awarded through the University of Missouri System’s strategic initiative program based on the strength of S&T’s proposal, which included $500,000 in funds from private donors and other non-appropriated sources. The match of non-appropriated funds with state funds provided a $1 million pool for the laboratory improvements.

Missouri S&T sought proposals from faculty to upgrade labs and received 11. Even though the total cost of the 11 proposals exceeded the $1 million available, Schrader says all are worthy of funding, so she will cover the additional costs from other university sources.

“All of the proposals were incredibly strong and based on clear and compelling student outcomes,” Schrader says. “Each proposal also addressed a specific need that requires our investment if we are to maintain our competitive edge as a university focused on preparing our students for success in increasingly complex and highly technical careers.”

The 11 proposals totaled $1.73 million. Half of that total – or $866,000 – comes in the form of charitable donations or grants secured by the academic departments. Of the other half, $500,000 comes from the one-time state appropriation, and Schrader is pledging to contribute $366,000 from other university funds to ensure all 11 projects are funded.

“We will make it a priority to find the additional funding to support these worthwhile investments,” Schrader says.

She has also made it a priority to ensure the labs are equipped to reach students beyond the campus. Approximately 20 percent of the support for these upgrades will be allocated to ensure the labs provide remote access for distance students.

The projects to receive funding are:

The proposals had to meet certain criteria in order to be considered. The criteria included alignment with the university’s strategic plan and a measurable impact on student learning outcomes.