Student recognized for turning in $500 cash

Missouri University of Science and Technology recently honored a student for doing the right thing when he discovered $500 in cash on the university’s campus Dec. 5. The money was returned to its owner a short time later that same day. 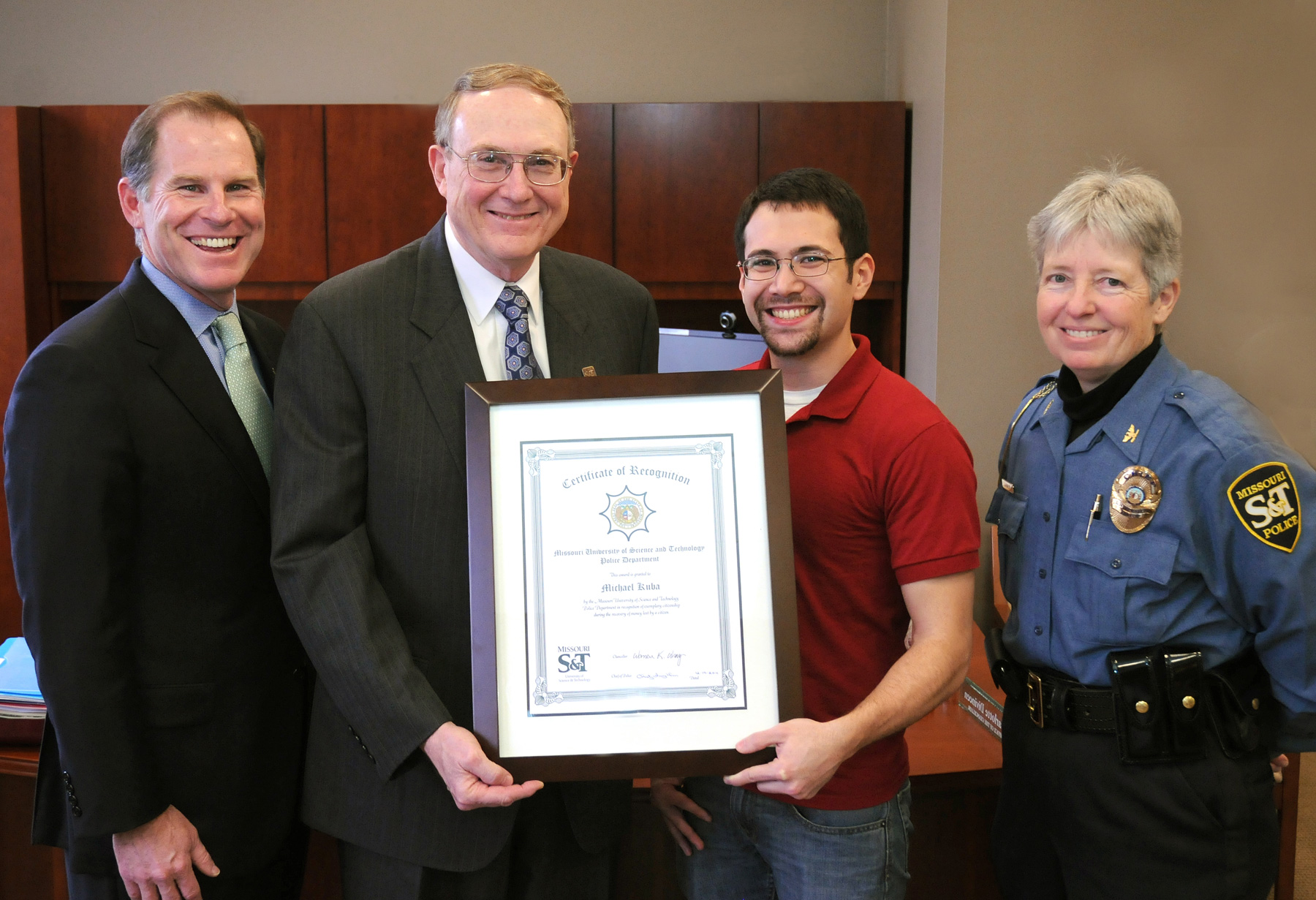 Michael Kuba, a graduate student in metallurgical engineering from Kansas City, Mo., was walking with a friend in a parking lot near McNutt Hall, where his department is located, when he noticed the credit union envelope containing the cash. He turned it in to the department secretary, who contacted University Police.

“The woman who dropped the envelope contacted us about 10 minutes later,” says University Police Officer Oscar Kemp. “She said she had just withdrawn the money and described the envelope and its contents. We verified her information with the credit union.”

University Police Chief Christine Laughlin says it was important to recognize Kuba for his honesty, so she created an award. “This student did something exceptional, and he reflects the caliber of students on this campus,” she says.

Kuba says he knew how he would feel if he’d lost that much money, but doesn’t think turning it in is that big of a deal. “I’d like to think anyone in our department would do the same thing — we’re a very close-knit group.”