Dr. Glenn Morrison, associate professor of environmental engineering at Missouri University of Science and Technology, was elected to the International Society of Indoor Air Quality and Climate Academy of Fellows. The organization promotes scholarship for indoor environmental and building sciences.

Morrison was initiated into the academy in a ceremony at the Indoor Air 2011 Conference, held in Austin, Texas, June 5-10. He was also an organizer of the international conference, which had more than 1,000 attendees from 50 countries. A summary of the conference is available online.

Morrison’s primary research interest is in indoor air pollution, its physics and chemistry, how pollutants are formed and transported, where they end up, and how to measure and control them.

He attended the University of California-Berkeley, where he earned his bachelor’s degree in chemical engineering in 1988 and his master’s and Ph.D. degrees in environmental engineering in 1995 and 1999, respectively. Morrison has been with Missouri S&T since 2001. 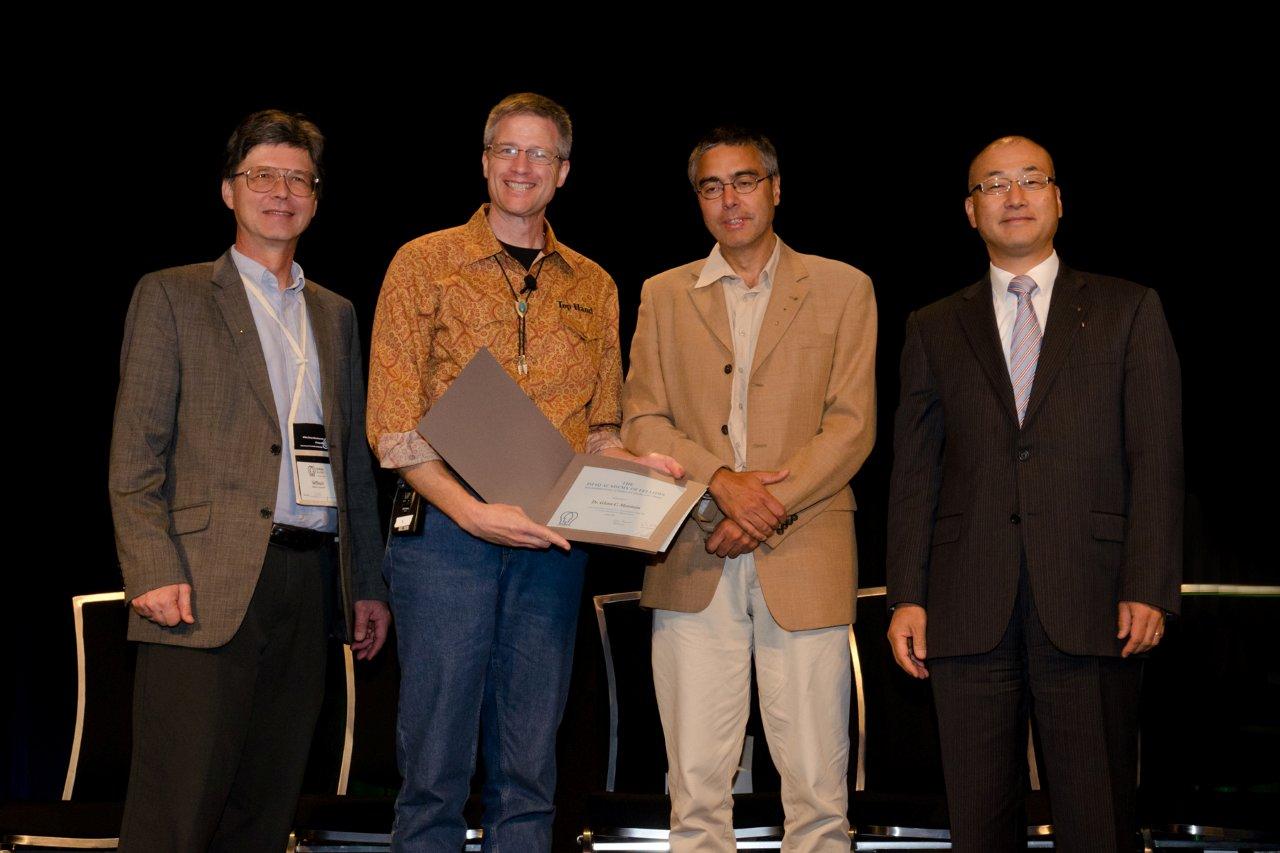 Morrison with other members of the ISIAQ academy, from left-to-right: William Nazaroff of the University of California, Berkeley, Morrison, Tunga Salthammer of Germany, Shin-Ichi Tanabe of Japan. 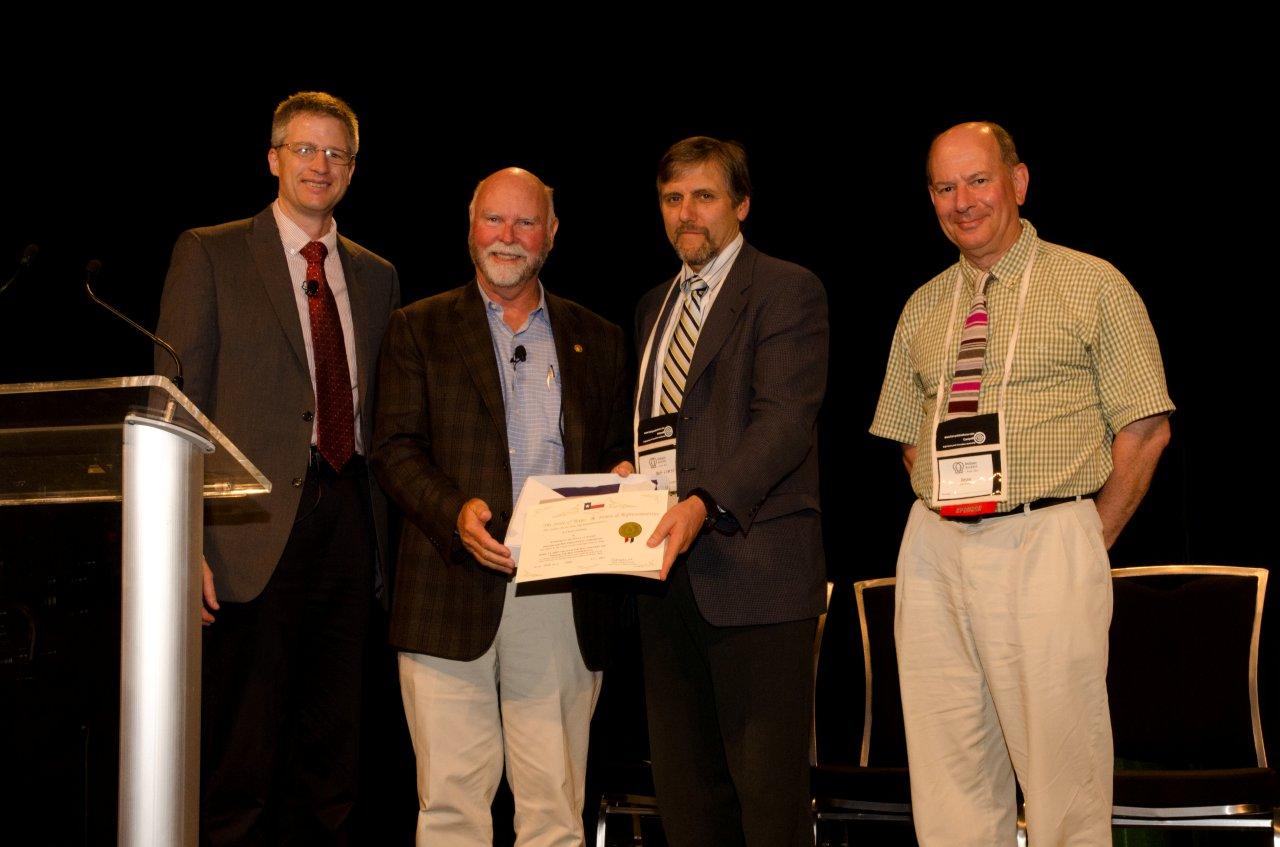 From left-to-right: Morrison; leading scientist Craig Venter; Richard Corsi of The University of Texas at Austin and president of IA2011; and Jesse Ausubel of The Rockefeller University.