Gary Henderson’s name was drawn to receive the iPad in early March, but due to consumer demand it just recently arrived at the Missouri S&T Bookstore. The bookstore partnered with KMST for the giveaway. 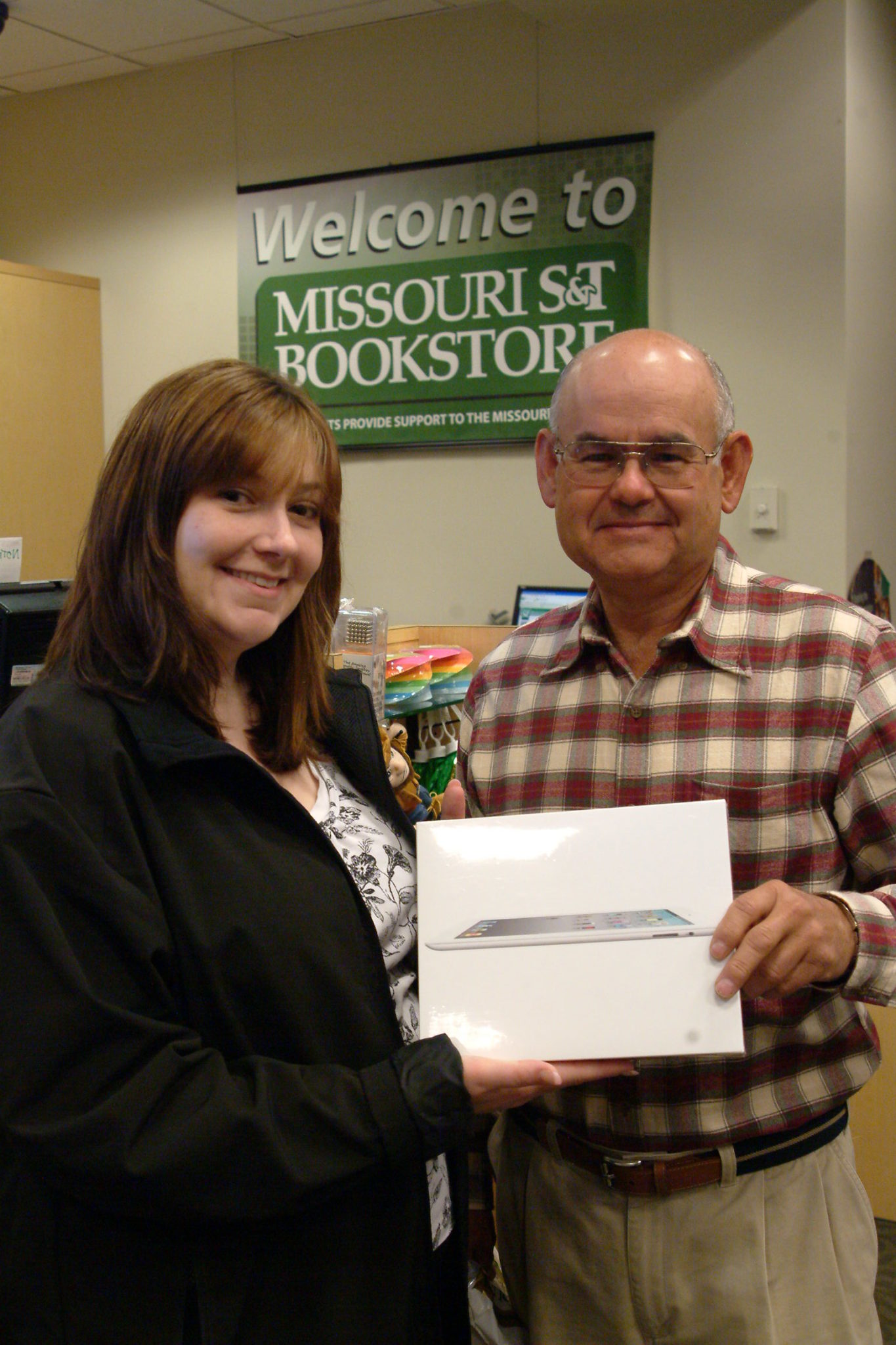 In its 38th year of service, KMST is a 100,000-watt non-commercial public radio station licensed to the Curators of the University of Missouri System.

KMST offers a mixed format of news from NPR, nationally and locally produced talk shows, and a wide range of music, including classical, jazz, acoustic folk, blues, big band, Celtic, bluegrass and Caribbean. KMST is located at 88.5 FM in and around the Rolla area, 96.3 FM in Lebanon, and is live streamed online at www.kmst.org. Listeners can also follow the station on Facebook.