Singer, songwriter and guitarist Jeff Daniels says he realizes many people may attend his concerts to see the guy who starred with Jim Carrey in Dumb and Dumber. It won’t be long, however, before those fans discover Daniels is no newcomer to the craft – he’s been honing his musical talents for more than 30 years. 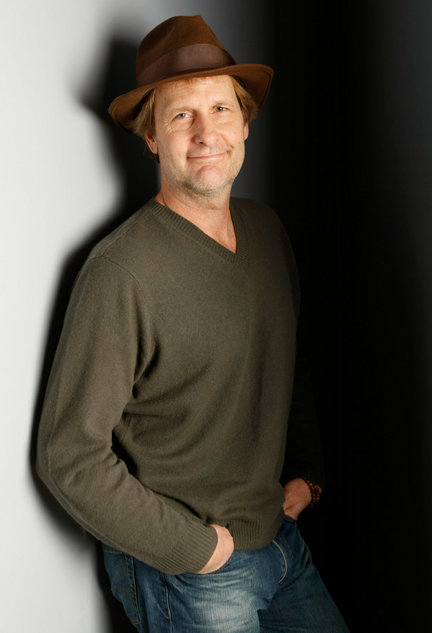 Daniels will perform at 7:30 p.m. Saturday, Dec. 4, at Missouri University of Science and Technology’s Leach Theatre of Castleman Hall, 10th and Main streets in Rolla.

His first CD, “Jeff Daniels–Live and Unplugged,” was released in 2004 as a benefit for his Purple Rose Theatre Company in Chelsea, Mich. The theater’s name comes from the 1985 Woody Allen film Daniels starred in, “The Purple Rose of Cairo.” Two more CDs have followed, “Grandfather’s Hat” in 2006, and “Live At The Purple Rose” in 2009.

The majority of Daniels’ songs are humorous accounts of real happenings during his career. A few have a serious or nostalgic theme.

“Daniels plays guitar better than some professional musicians,” says a reviewer from the Omaha World-Herald. “His lyrics will make you relate to the story with immediate familiarity while you simultaneously scratch your head and wonder how he ever came up with something so clever and funny.”

Tickets for “An Evening with Jeff Daniels” are $35 for adults, $25 for youth and $10 for Missouri S&T students. S&T students can charge tickets to their student accounts. Tickets are available online or from the Leach Theatre Box Office. Box office hours are 9 a.m. to 4 p.m. Monday through Friday. Call 573-341-4219 for more information.

Leach Theatre is offering a special dinner and show package. Patrons may purchase two tickets for Daniels’ performance and a $50 gift certificate to Benton Square Restaurant and Lounge for $75, a $120 value. Call the Leach Theatre Box Office at 573-341-4219 for this special offer.

Daniels performance is sponsored in part by Good Radio, KJPW 1390 AM and KIIK 102.3 FM in Waynesville and KJEL 103.7 FM in Lebanon.