Jack Hanna and friends are coming to Rolla 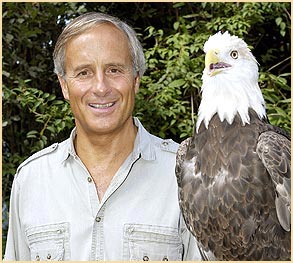 $30 for adults and $20 for students and youth. Missouri S&T students can charge their ticket to their student account. Purchases of four or more tickets for Hanna’s presentation will receive a discount of $5 each.

Zoologist Hanna is one of the most visible and respected ambassadors between the human and animal worlds. His hands-on approach and insight into the public’s appreciation of wildlife have won him popular acclaim throughout the world.

For more than 20 years, he has been a frequent guest on “The Late Show with David Letterman,” and he appears regularly on “Larry King Live,” among other programs. Hanna serves as director emeritus of the Columbus Zoo and is the author of several books. His television series “Jack Hanna’s Into the Wild,” won an Emmy Award in 2008 for Outstanding Children’s Series.

Hanna’s appearance is funded in part by Phelps County Bank. All Leach Theatre Family Series events are supported in part by the Missouri Arts Council.

Tickets are available online at leachtheatre.mst.edu/family_series/index.html, at the Leach Theatre Box Office, or by phone at 341-4219. All sales are final; however, tickets may be returned 24 hours prior to the performance for a tax deductible contribution to the theater.

In the event that tickets remain for the performance, Leach Theatre will also offer discounted tickets through its “Back Row Club.” The seats in the last row of the theater will be sold one hour before each event for $10 each.

For more information, call the Leach Theatre Box Office at 341-4219.