Engineers Without Borders to leave S&T on May 17

A dozen students representing nine majors from Missouri University of Science and Technology will leave Rolla on May 17 and spend the next two weeks constructing a sustainable water supply in Erquis Sud, Bolivia, near the city of Tarija. 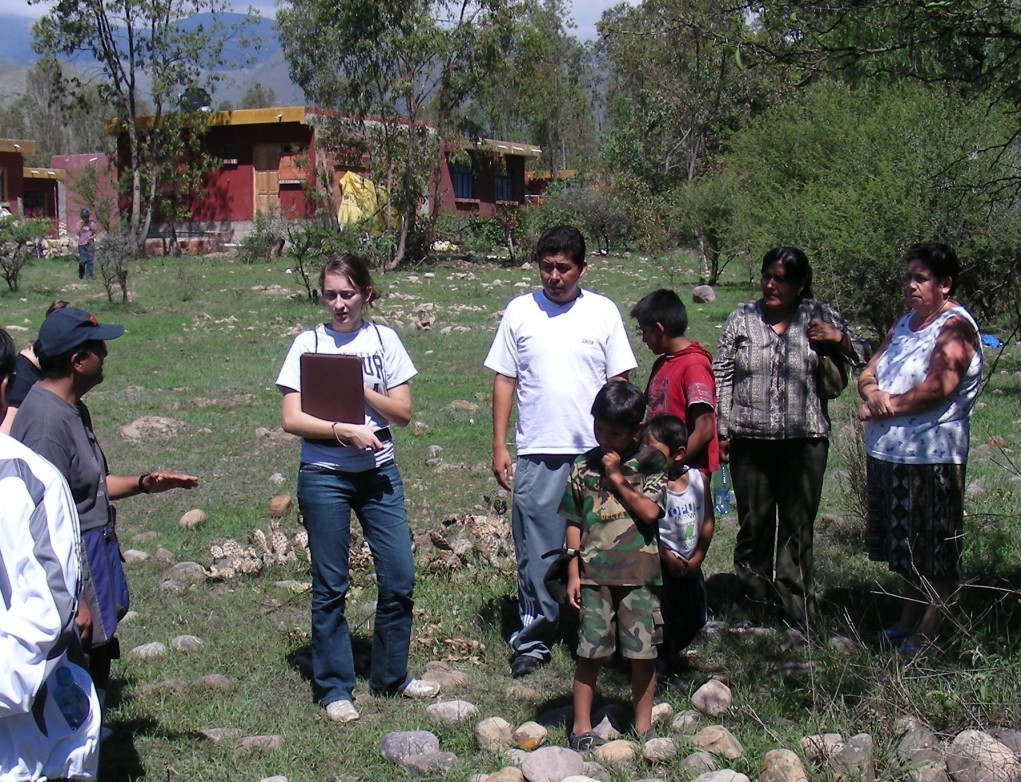 “During the Bolivian dry season, the residents of Erquis Sud have no nearby water sources and must sacrifice some of what little money they have to get the water they need to survive,” says Emily Pasch, a senior in mechanical engineering from Lake Zurich, Ill. “During the rainy season, the nearby river is infested with bacteria from animal waste and chemicals from farmers’ pesticides that causes health problems for community members.”

In 2008, S&T’s Engineers Without Borders site assessment team visited the town’s newest rural subdivision, being built by Habitat for Humanity, to see how they could help. The unanimous request was for water, as Habitat for Humanity builds shelters, but does not construct utilities. Called Los Eucaliptos, the subdivision consists of 100 lots surrounded by farms.

“Many of the families, generally four to five people, are supported by single mothers,” says Pasch, the project’s leader. “The water source is especially important to them because once it’s established, the population of the community will have room to expand and the surrounding municipalities will be able to justify a nearby public transportation route.

“The public transport will be invaluable to these women, who currently must walk to work to earn the money that supports their families, often with several children in tow.”

S&T students have spent the last six months designing a water supply for the approximately 40 homes already constructed. Their plans for this month’s visit include drilling a well and building a water-holding tank.

“In addition to these projects, we will also research the local electric company’s policies so that the water could potentially be pumped automatically up to the tank,” Pasch says. “We also plan to educate the community on practices that could improve their health.”

Following the trip, the EWB team plans to develop a more in-depth water distribution system as well as a sewage system.

Meanwhile, another S&T EWB team of 10 students will be working on multiple projects in Tacachia, Bolivia, near the city of La Paz. They plan to build a water-holding tank, install an irrigation pump and distribution system, and assess the feasibility of constructing a 600-foot-long pedestrian bridge.