S&T orchestras to perform final spring concert on May 3

The Missouri S&T University and Community Symphony Orchestra and the Chamber Orchestra will perform their final concert of the semester at 7:30 p.m. Sunday, May 3, in Leach Theater of Castleman Hall. The orchestra will be conducted by Dr. Robert J. Cesario, assistant professor of arts, languages and philosophy. 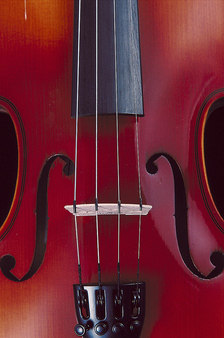 Tickets are $3 for the general public and free for S&T students. They can be purchased at the door the night of the performance.

After a short break, the Symphony Orchestra will perform Thomas Sleeper’s relatively new piece, named in honor of his young daughter, “Hana’s Day Out.” Sleeper is conductor of the University of Miami Symphony Orchestra in Coral Gable, Fla. The concert will conclude with Beethoven’s “Eighth Symphony.”

For more information, contact Cesario at cesarior@mst.edu, or call the Missouri S&T performing arts office at 341-4185.