‘The Incredibles’ to be screened on Feb. 14

The Family Film Series at Missouri S&T will offer a screening of the Disney/Pixar animated film “The Incredibles” at 11 a.m. Saturday, Feb. 14. The film will be shown in Leach Theatre of Castleman Hall. 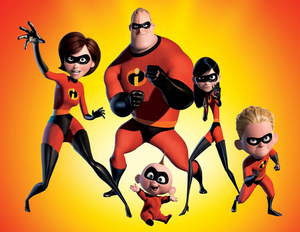 Winner of two Academy Awards, including the best animated feature film of 2004, “The Incredibles” is an action-packed adventure about a family of superheroes forced to adopt civilian identities and live a “normal life.” Mr. Incredible secretly yearns for the good old days and is enticed into joining a mysterious government agency.

However, things are not what they seem and his family must save him now. Leonard Maltin of Entertainment Tonight calls the film “a unique mix of comedy and slam-bang superhero action … like nothing Pixar, or anyone else, has ever done before.”

This event is sponsored by Brewer Science. There will be fun free craft activities. Children are encouraged to bring one or more paper towel cardboard rolls for one of the crafts. Lunch and snacks, including pizza and soda, will be sold in the lobby following the film. Admission is $2 per person, and tickets will be available at the Leach Theatre Box Office. For more information, call 341-4219.