Teams from the Missouri S&T chapter of the American Concrete Institute recently placed in an international student competition at ACI’s convention in St. Louis. 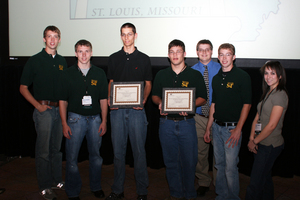