Avery Welker, a doctoral student in petroleum engineering at Missouri S&T, is the student representative on the University of Missouri Board of Curators. Photo by John Rodenberg

It isn’t difficult to spot Avery Welker in a crowd. At 6 feet 4 inches tall, the Missouri S&T graduate student towers above his peers, but his broad smile and relaxed manner make it easy for him to make connections.

“I find it fun to talk and learn something new about a person,” says Welker.

His genuine interest in other people – especially students – led him to apply to be the student representative to the University of Missouri Board of Curators.

“I was a resident advisor (RA) for a couple of years, and I really enjoyed working with students and helping people out,” says Welker. “I love seeing other students succeed, so when I saw this opportunity come available, I thought it would be a great way to give back on a larger scale.”

Welker earned his bachelor’s degree from Missouri S&T in 2016 and his master’s degree in December 2018 before continuing on to a Ph.D. – all in petroleum engineering. During his days as an undergraduate student and resident advisor, Welker focused on helping his fellow S&T students succeed. Now, as student representative to the UM Board of Curators, Welker is in a position to help even more students find success.

“The role I would like to fill is being a solid point that any student, at any campus, can come to and ask for help,” Welker says. “In general, having been in school at Missouri S&T for a long time, I would know what direction to point a student in regardless of what campus they are on.”

The most enjoyable part of the new role for Welker so far has been learning about the support he has within the UM System leadership. 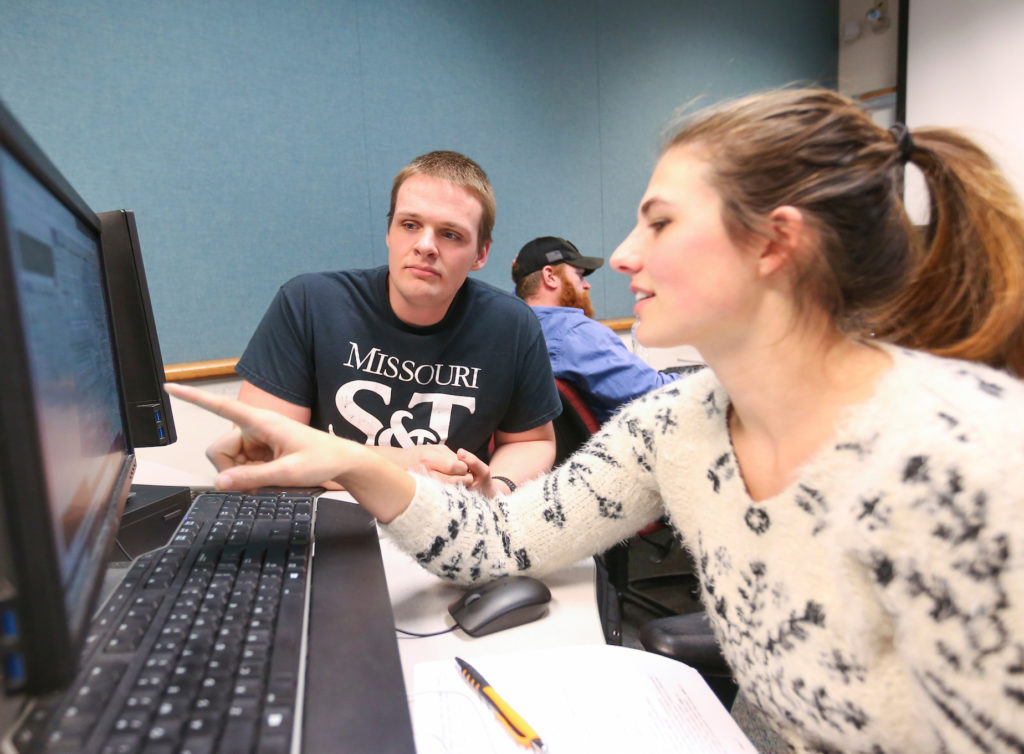 Welker says he wants to be a point person ready to help students on any University of Missouri campus. Photo by John Rodenberg

“Meeting a lot of new people and finding out just how much the system leadership truly cares about me and wants to help me succeed was incredibly encouraging,” says Welker. “It has been really humbling to have so many important people that drive the university, take time out of their days to help me, give me advice and teach me about their departments.”

Missouri Gov. Mike Parson appointed Welker as the student representative to the board on July 27, 2018. He was sworn in at the curators’ September meeting at the University of Missouri-Kansas City.

Welker says he initially chose Missouri S&T for his undergraduate education because it offered a quality education in his discipline at an affordable price. Once on campus, he found more than a strong return on investment.

“Being eligible for in-state tuition and [Missouri S&T] having the program I wanted was a huge reason I decided on pursuing my bachelor’s degree here,” says Welker. “Once I was on campus, it grew into so much more than a good investment. The quality of education that I’ve been given in my program is one of the best parts of S&T.”

Welker knew he wanted to pursue the opportunity to become student representative when he received the email soliciting applications last November. He was undaunted by the application process, rather seeing it as a chance to learn more about the system.

“I wasn’t intimidated by the process, but I did think it was great to go to the University of Missouri–St. Louis (UMSL) for the first time for my interview with the Intercampus Student Council,” he says. “Meeting with the presidents and vice presidents of the student councils at all the UM System schools was a new experience that I really enjoyed.”

Welker is currently unsure what legacy he may leave, having just begun his new role, but he knows when he may know.

“Check in with me again when I am about to finish my term,” he says. “I know I will have a great answer then.”

Welker will serve as the student representative to the board through Jan. 1, 2020.