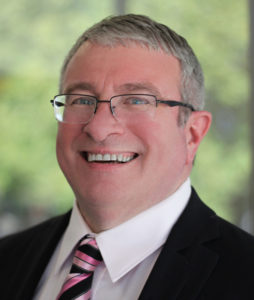 Maples will succeed current Missouri S&T Chancellor Cheryl B. Schrader, who previously accepted the position as president of Wright State University in Fairborn, Ohio. He begins his duties Monday, May 15.

“I am pleased that Dr. Maples has agreed to serve as interim chancellor of our outstanding Rolla campus at this pivotal time,” says Choi. “During his long and distinguished career in higher education, Dr. Maples has been held in high regard by individuals who have experienced his inclusive style of leadership. He is credited with bringing important changes to Oregon Institute of Technology during his tenure as president, including growing research, strengthening academic programs, building highly effective relationships with elected officials and healing divisions among faculty and staff during a time of extraordinary change. We are fortunate to have him at Missouri S&T.”

Maples’ appointment as interim chancellor, approved April 28 by the University of Missouri System Board of Curators, is for one year. He will not be a candidate for the permanent chancellor position. A national search for a permanent Missouri S&T chancellor will begin in the fall.

Maples served as president of Oregon Institute of Technology (OIT) from 2008 until his retirement on December 31, 2016, leading the public polytechnic university through a period of record enrollment growth, the opening of an additional campus, the launch of new degree programs and transitioning the school to a new governing board model. Prior to his presidency at OIT, Maples spent five years at the Desert Research Institute and Nevada System of Higher Education. In the Nevada system, he served as executive vice president for research.

From 1998-2003, he served as chair of the department of geological sciences at Indiana University, and was a program director at the National Science Foundation from 1995-98.

Maples received his doctorate and master’s degrees in geology from Indiana University in 1985. He is also a 1980 graduate of West Georgia College, where he received his bachelor’s degree in geology.