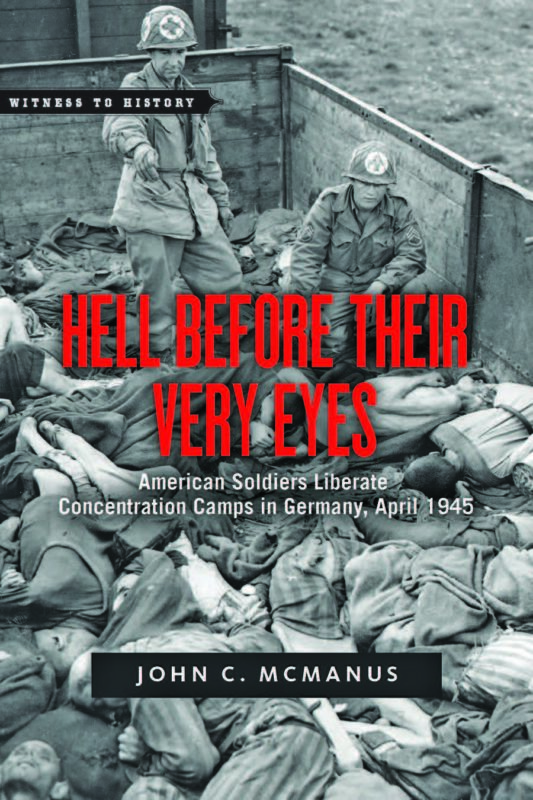 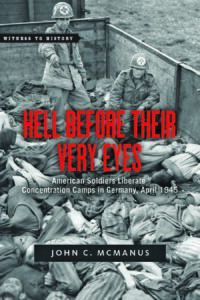 McManus, Curators’ Professor of history and political science at Missouri University of Science and Technology, examines one of the least-studied aspects of World War II, the physical and psychological impact of liberating a concentration camp. The book, published by Johns Hopkins University Press, will be released on Thursday, Oct. 22. It is McManus’s 12th book.

“As I was researching documents and interviewing these men, the haunting effect of stumbling across an enormous slave-labor operation and structured mass murder was clearly life-altering,” says McManus. “The soldiers didn’t know what was really going on at the camps until they were there to witness it. It was worse than the actual fighting.”

The book unfolds chronologically, covering the liberation of the Ohrdruf, Buchenwald and Dachau camps. It includes first-hand accounts of soldiers discovering railroad cars stacked with lifeless bodies, ovens full of incinerated human remains and warehouses filled with stolen clothes, luggage and even eyeglasses. It also covers the lessons that the U.S. military learned on how to deal with camp survivors and nurture them back to some semblance of restored health. In addition, McManus details the dark byproduct of Dachau’s liberation – the reprisal killing of captured guards that could have unraveled Allied plans for postwar legal proceedings to judge and punish German war criminals.

“To give the situation more context, these soldiers were men about the same age as a typical college student and discovering systematic killings,” says McManus. “Hearing them describe the sights, sounds and smells of those days, you can tell that it was something that could never be forgotten.”

A member of the editorial advisory board at World War II magazine and Global War Studies, McManus is the historical advisor for a PBS documentary titled “The American Road to Victory.” He recently received a National Endowment for Humanities Public Scholar Grant Fellowship to help fund research for his next major project, a two volume history of the U.S. Army in the Pacific/Asia theater during World War II.

On October 15, 2015. Posted in Arts & Humanities, College of Arts, Sciences, and Business, Department of History and Political Science, Featured, Research